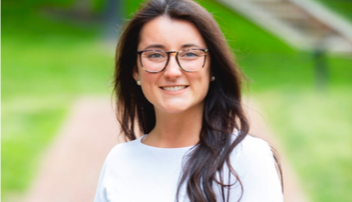 Bellamy Genn’s Managing Partner and Founder, Lorenzo Bellamy, said “I am very pleased to have Rylie join our team. Her energy, analytical skills, experience and knowledge of the workings of the Maryland General Assembly, and her reputation among legislators and local officials throughout the state further expands our firm’s ability to offer the best to our clients. Rylie’s ‘no job is too difficult to succeed’ attitude compliments our firm’s character, personality and commitment to cultural fluency.”

Partner Gil Genn said “Rylie brings great synergy to our expanding team — a proven track record of success, strategic thinking, focused energy, and tenacity balanced with an engaging personality that the legislators and staff tell us is the reason she is so welcomed in their offices.”

Rylie said “I am truly honored to join the diverse and dynamic team at Bellamy Genn Group. I admire their dedication and passion in representing their clientele on a variety of issues. I look forward to expanding my knowledge of policy, cultivating relationships, and continuing to work with elected officials across the State in this exciting new chapter!”

The Bellamy Genn Group, LLC is a full-service government relations firm based in Annapolis, MD. The firm offers lobbying, business development and procurement solutions to its clients throughout the State of Maryland, the District of Columbia and before the U.S. Congress.  For more information on the Bellamy Genn Group, LLC, please visit our website at bellamygenngroup.com or call 410-990-1010.