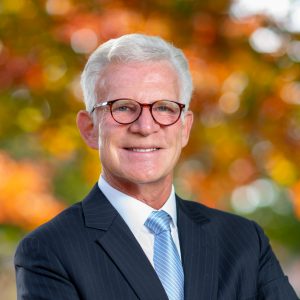 Gil Genn began his federal career as a Legislative Aide to U.S. Senator Birch Bayh. After years of law practice, Gil Genn was elected to the Maryland House of Delegates.  He served 3 terms from 1987-99 with his District 16 colleagues, the current Maryland Attorney General Brian Frosh and Maryland State Treasurer Nancy Kopp.

During his tenure, Gil Genn chaired the House Judiciary Criminal Justice Subcommittee and authored dozens of legislative initiatives, now law.  The National Conference of State Legislatures (NCSL) noted some as successful first-in-the-nation efforts. They include the first state statute in 1988 to allow for the admissibility of DNA evidence in criminal matters; the requirement for the police to report all Diplomatic moving motor vehicle violations, including fatalities, to the U.S. Department of State for sanctions, among many others.

In 1998, Gil Genn voluntarily decided not to seek re-election to return to the private sector. Upon Gil Genn’s departure from the Legislature, the local paper said, “Montgomery County (Maryland’s largest county with nearly 1,000,000 residents) loses perhaps its most passionate and aggressive lawmaker.”

Gil Genn was the lead lobbyist in getting Maryland’s first medical cannabis bill passed by the legislature. The bill was signed into law by Governor Bob Ehrlich (R). Maryland’s law was the precursor to ongoing national efforts at the state level to legalize medical cannabis.

Gil Genn was the lobbyist who led the fight to establish Maryland’s innovative Individual Surety Program. It expanded opportunities for minority and small business contractors who could not get bonding from the large insurance carriers. The novel approach allowed small businesses to use the agreed-to collateral of financially secure individuals offering a guaranteed line of credit to the State to finance construction projects. It was a new means to get the industry moving after the deep recession. Gil Genn was directly responsible for helping draft the successful RFP response, getting his client the largest State Voting System procurement in the United States at that time, in excess of a $50 million-dollar contract in Maryland.

On the federal level and through relationships with the U.S. House Majority Leader and Speaker, Gil Genn was able to include a provision in the final stimulus Conference Committee report that increased the SBA bond limits from $2 million to $31.5 million, expanding opportunities for small business contractors. The major stimulus bill was signed by President Obama in 2009.

Gil Genn has successfully testified before Congress on matters including consumer affairs and health care issues.

Gil Genn’s wide-ranging experience includes extensive trial and appellate advocacy.  He was successful criminal defense trial counsel in one of the most sensational double murder cases in the Washington suburbs in the 1990’s resulting in a full jury acquittal of an Armenian shop owner. Gil Genn also represented an African-American federal government employee who was wrongfully arrested and imprisoned and charged with robbery and attempted murder. The result was the largest jury verdict in the U.S. District Court of Maryland on a single count of violating an innocent person’s constitutional rights.

He also obtained a unanimous reversal from Maryland’s highest court declaring Maryland’s statutory law, which permitted the judge and state to deny a defendant a jury trial right in the first instance, as unconstitutional and in violation of everyone’s fundamental right to a jury trial. Gil Genn has been successfully involved in administrative and regulatory actions at the EPA and represented the General Contractor in receiving a substantial judgment against the GSA.

Gil Genn received the rare honor of being sworn into the U.S Supreme Court Bar personally by U.S. Supreme Court Associate Justice Anthony Kennedy in the Justice’s chambers. Mr. Genn is an avid golfer and got a Hole-In-One while playing with Congressman Charlie Dent (R-PA) at Saucon Valley, PA.  He is the father of two sons and lives in Annapolis, MD.

AAA Potomac, “Legislator of the Year.”

University of MD School of Law, Dean’s Award for Exceptional Achievement and Service.