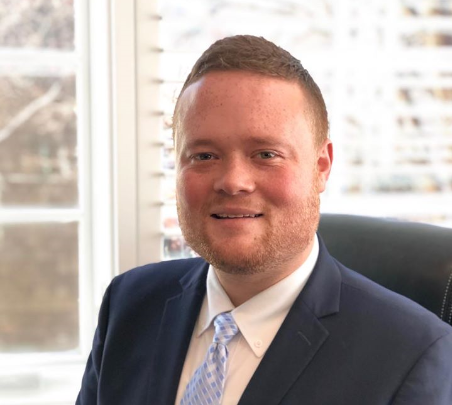 Greg began his career in Annapolis working as a Legislative Aide to Senator Justin Ready and then as Chief of Staff to Senator Johnny Ray Salling. He later served in the Hogan Administration in the Office of Governmental Affairs for the Maryland Transit Administration where he advocated on behalf of governmental priorities. Most recently, Greg served as the Associate Director of Communications and Engagement for the Maryland Catholic Conference, successfully advocating for constituent issues.

Greg’s dedication to public service extends to his close work with several local non-profits, including the Ronald McDonald House Charities Maryland Red Shoe Crew and as Board Member of Keep Punching, a non-profit supporting patients, healthcare providers, and researchers in their fight to prevent and eradicate brain cancer.

Greg is proud of his Chickahominy Native American heritage. The tribe was federally recognized in 2018 after Senators Tim Kaine and Mark Warner secured passage of the Thomasina E. Jordan Indian Tribes of Virginia Federal Recognition Act of 2017.

Bellamy Genn’s Managing Partner and Founder, Lorenzo Bellamy, said “We are thrilled to have Greg’s communications experience to advance the initiatives and priorities of our diverse clientele. We recognize the importance of effective communication.”

Greg said “I look forward to using my experience creating advocacy materials for social media and written content to highlight our client’s priorities and educate stakeholders to achieve desired goals.”