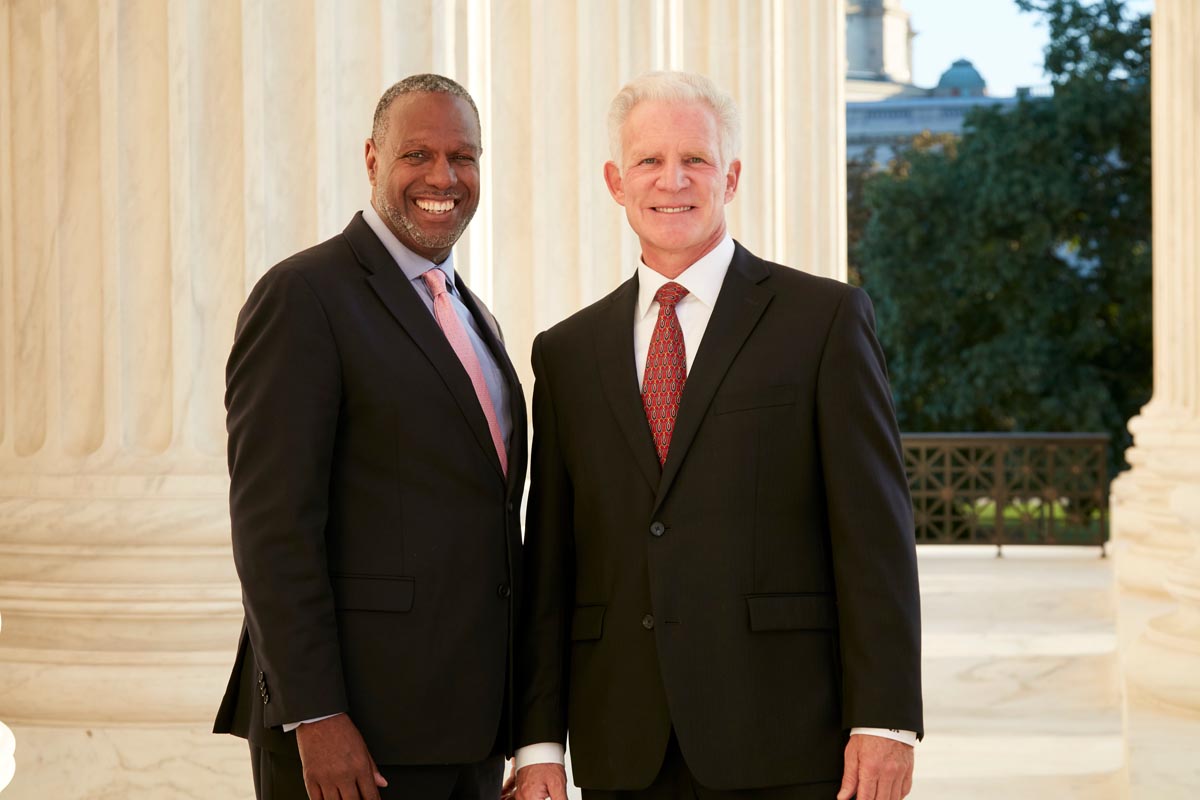 As the majority owner of the firm, Bellamy stated, “I have been looking to establish a firm with an innovative, resolute, and personalized approach to work intimately and collaboratively with clients.” He further said, “With Gil on board, it’s the right time to use our experience and reputation to ensure success for clients in Annapolis and Washington, DC.”

“Each of us has unique strengths beyond the obvious diversity we bring.  I don’t think there is a team in Annapolis that has more energy, motivation and a proven track record of achieving clients’ desired goals and objectives with measurable results,” said Bellamy. Additionally, a highly respected Government Relations Professional from the Hogan Administration has agreed to join their team soon.

Bellamy will bring his successful legislative practice, including representation of many clients in procurement matters before federal, state and local agencies.  He plans to build on his international business development and foreign entity representation before state, federal agencies and Congress.

During his tenure as a lobbyist and starting with his own firm in Washington, DC, Bellamy played a significant role in securing over $600 million in contracts for his clients. Bellamy has been instrumental in the successful passage of landmark legislation including passage of the African Growth and Opportunity Act, the Justice Reinvestment Act, preservation of funding for legal aid programs and client-supported bills and defeating many bills adverse to clients. He also worked with his mentor Mike Lemov on the Aviation Security Improvement Act of 1990 representing the Families of Pam Am Flight 103 which was blown up by Libyan agents over Lockerbie, Scotland in 1988. The bill led to improved airport security measures and allowed familes to sue above the cap imposed by the Warsaw Convention.

Bellamy is consistently listed as a “Super Lawyer” in Maryland Government Relations. He has advocated on behalf of Fortune 500 companies before the executive and legislative branches of the U.S. government; served as a legislative advisor in two major law firms; has served as director and legislative counsel in an Annapolis law firm; and has extensive background in municipal legislative advocacy, including lobbying before Congress on behalf of Baltimore City.

Genn stated, “Lorenzo and I will bring a collective synergy with decades of major success focused on a bi-partisan approach to lobbying. We will tirelessly fight for our clients’ goals and objectives, alongside them – not solely as lobbyists, but as trusted team players and advisors. We will bring an energized integrity in interactions with legislators and policy decision-makers.”

On the federal level, through relationships with the U.S. House Majority Leader and Speaker, Genn was able to include a provision in the final stimulus Conference Committee report and bill sent to President Obama to increase the SBA bond limits from $2 million to $31.5 million, expanding opportunities for small business, minority and veteran contractors.  Genn also has testified before Congress.

Dr. Marc Mugmon, former Maryland Chapter Governor of the American College of Cardiology said of Genn, “The controversy over possible unnecessary coronary stenting several years ago in the State of Maryland created a major crisis in the treatment of coronary disease.  Gil Genn was absolutely instrumental in developing the legislation passed by the Maryland Legislature that created the national model for independent peer-review of cardiologist-performed stents, ensuring patient confidence in the procedure. Without Gil’s incredibly skillful and pro-active hard work, this landmark legislation would have never happened.”

Brian Groch and Suzanne Marinakos of Veru, Inc. (www.veruhealthcare.com) said of The Bellamy Genn Group, “We are excited to be represented by Lorenzo and Gil. They are a dynamic team and we know we will be successful working with them.”

The Bellamy Genn Group office is located at 220 Prince George Street in Historic Annapolis.  Lorenzo said, “In addition to a high level of service, we have planned ahead and have a valuable asset to give our clients in Annapolis – access to 3 free parking spaces!”